Recovery is all about fitting the sawing profile to the shape of the log.  Optimum rotation of the log at the primary breakdown, curve sawing at the secondary, and proper positioning at the edger, are all working toward the goal of the best recovery possible.  Curve sawing cants has led many users to wish they could adapt this technology to their board edger.  Since almost 40% of boards in a normal mill are edged, the wish is understandable. Sawing around the curve in a swept flitch, while possible and would certainly give a longer board, results in an undesirable swept board.

Now a patent pending breakthrough has occurred! Using crosscut saws in the edger infeed to cut candidate boards in two, it is now possible to position both simultaneously and edge individually.  Separate skew offset and saw sets are possible for each portion of the cut in two board.  Swept flitches edged this way pick up markedly more overall length for the two boards compared to the conventional single board.

For example, a swept flitch that a conventional edger would make into the most valuable board and usually the longest. If the flitch is nominally 20’ long and considering the sweep, selected to make a 2x4x14’. With Crosscut Technology, the most valuable solution might be to cut the flitch into 2 boards and edge one into a 2x4x10’ and the other into a 2x4x8’. Tapered boards, with or without a little sweep, benefit from the possibility to edge different width boards from each end, around a different center line and different skew angle.  On multiple saw edger’s, the advantage is even greater.

Computer simulations have shown 6.5 – 7.0% edger board volume gain for a 20’ mill run sample. Taking into account the relative value of the products, a typical value increase of 6.0 to 6.4% is realized.  If the 40% edger board approximation is used, then a staggering 2.0 to 2.5% mill wide value is gained.  This is almost half a curve sawing system gain for a fraction of the price!  Furthermore, the Crosscut Saw requires no mill level technology leap like the curve saw and no footprint to the edging function. Generally, the Crosscut Technology can be adapted to existing systems or at worse case pays for a new system to replace an out of date or under capacity old system. Doesn’t that give you something to consider?

[US and Canadian Patents Pending]

ACTUAL SCREEN SHOT – Near end of Board 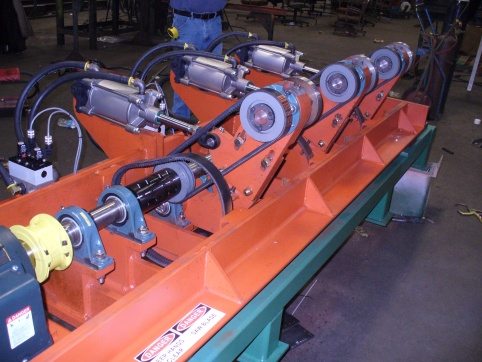 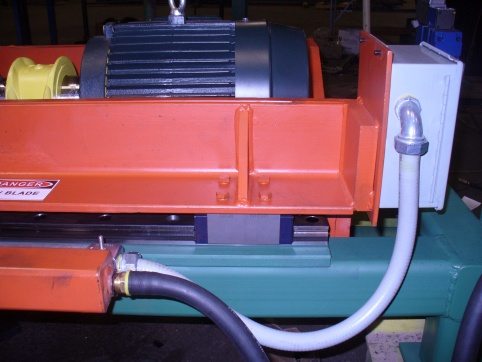